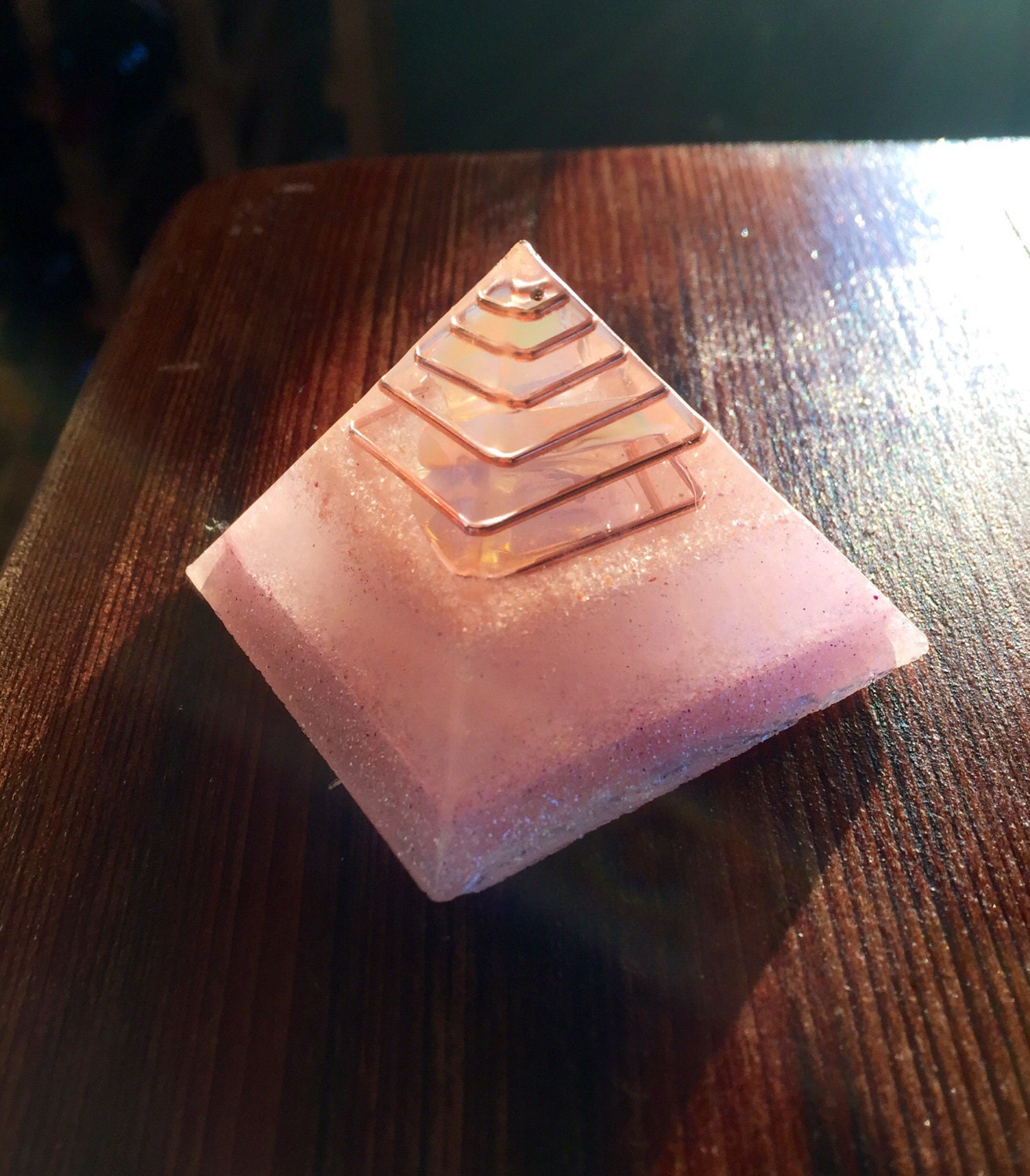 When you think of Himalayan Salt you probably think of Salt lamps and the spice rack in your kitchen. And yes, Himalayan Salt also known as Halite is an amazing condiment and a great tool to aide with relaxation, ionizing the air and dream work... but it is also a very powerful crystal.

With out salt there can be no life and Himalayan salt goes a bit further. It is a fundamental part of who we are. It is an Earth element that also transcends the four elements and is considered by some cultures to be the "Umami" of the four base elements; earth, fire, air and water. It is the fifth element. 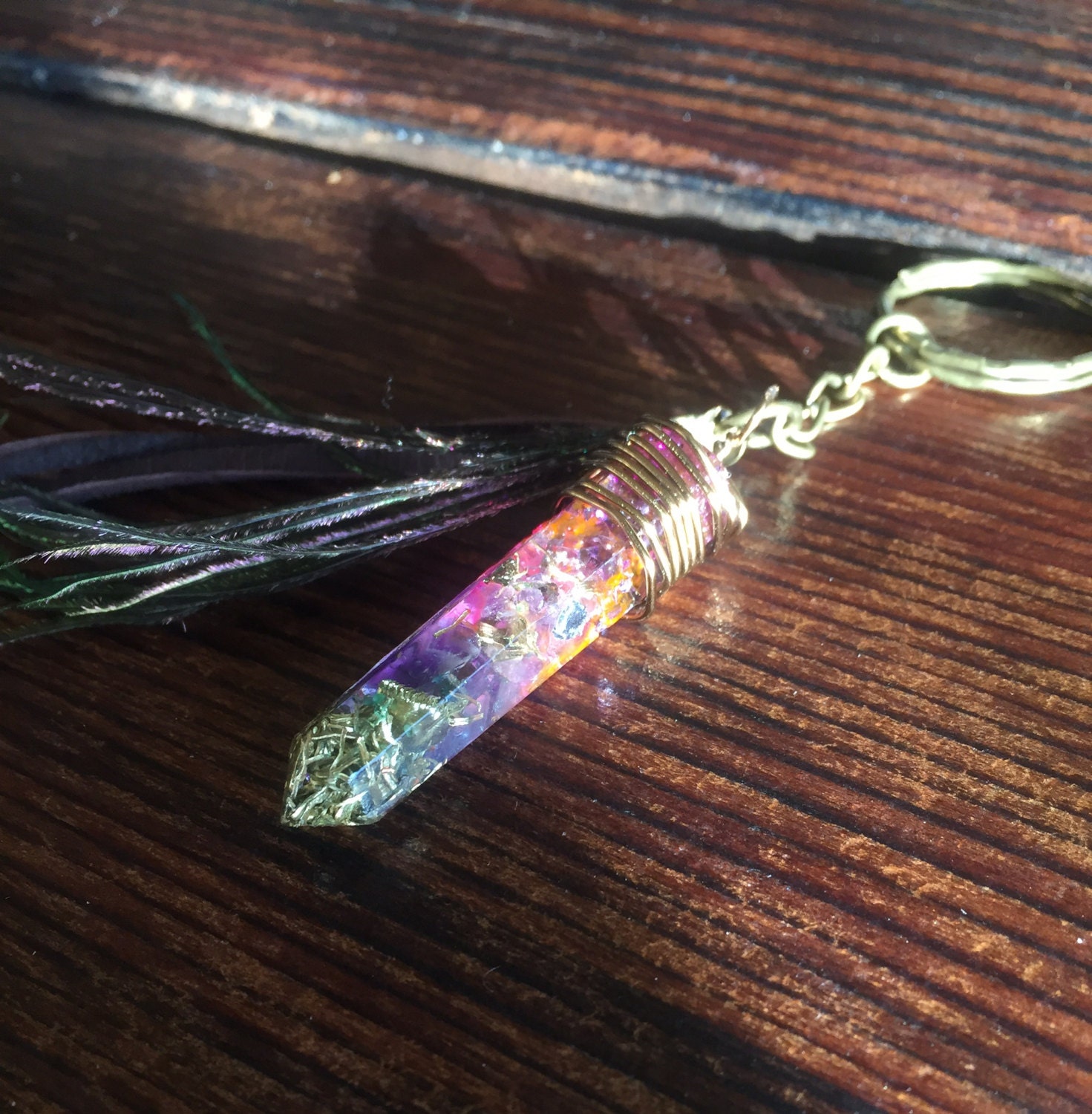 In a quote from “Water & Salt – the Essence of Life", Dr Barbara Hendel, MD and Peter Ferreira describe the chemical properties of salt as a building block of life:

Halite is the accumulation and totality of everything that we need on a chemical level. It is an edible crystal. But the ancient teachings of cultures across the globe realized that the healing benefits of halite transcend the physical.

Continued from Water & Salt – the Essence of Life:

The word salt comes from the Latin term sal, which again comes from the word sol. Sol is synonymous with the “Sole, the water and salt solution and is the Latin word from sun. Mythologically, and from its definition, sole means “liquid sunlight,” the liquid materialization of the sun’s energy, liquid light energy, bound into a geometrical structure, capable of creating and sustaining life. This literally explains where life on Earth came from: from the sole of the primal oceans.

The Celtic word for salt, “hall” has the same roots as the German word heilig meaning “holy” which also comes from the word heil meaning “whole.” Further, hall also signifies sound (German schall). The schall is a sound with a long hall, which means echo or reverberation in German, involving vibration. If we knew of these correlations today, we would be asking our neighbour at the table to “Please pass me some vibration,” rather than “Please pass me some salt.” We have to ask, “Were the Celts conscious of the fact that salt contained all the frequency patterns of the elements?”

Pure crystal salt is still geologically defined as “halite,” in which we can recognize the Celtic words “hall” for salt and “lit” for light. Loosely translated, crystal salt or halite means, light vibration. Natural Himalayan crystal salt consists not only of two, but also of all natural elements. These are identical to the elements of which our bodies have been built and originally found existing in the “primal ocean” from where all life originated. Interesting enough, our blood is a sole, containing the same salty solution as that of the primal sea; that is, a fluid consisting of water and salt. 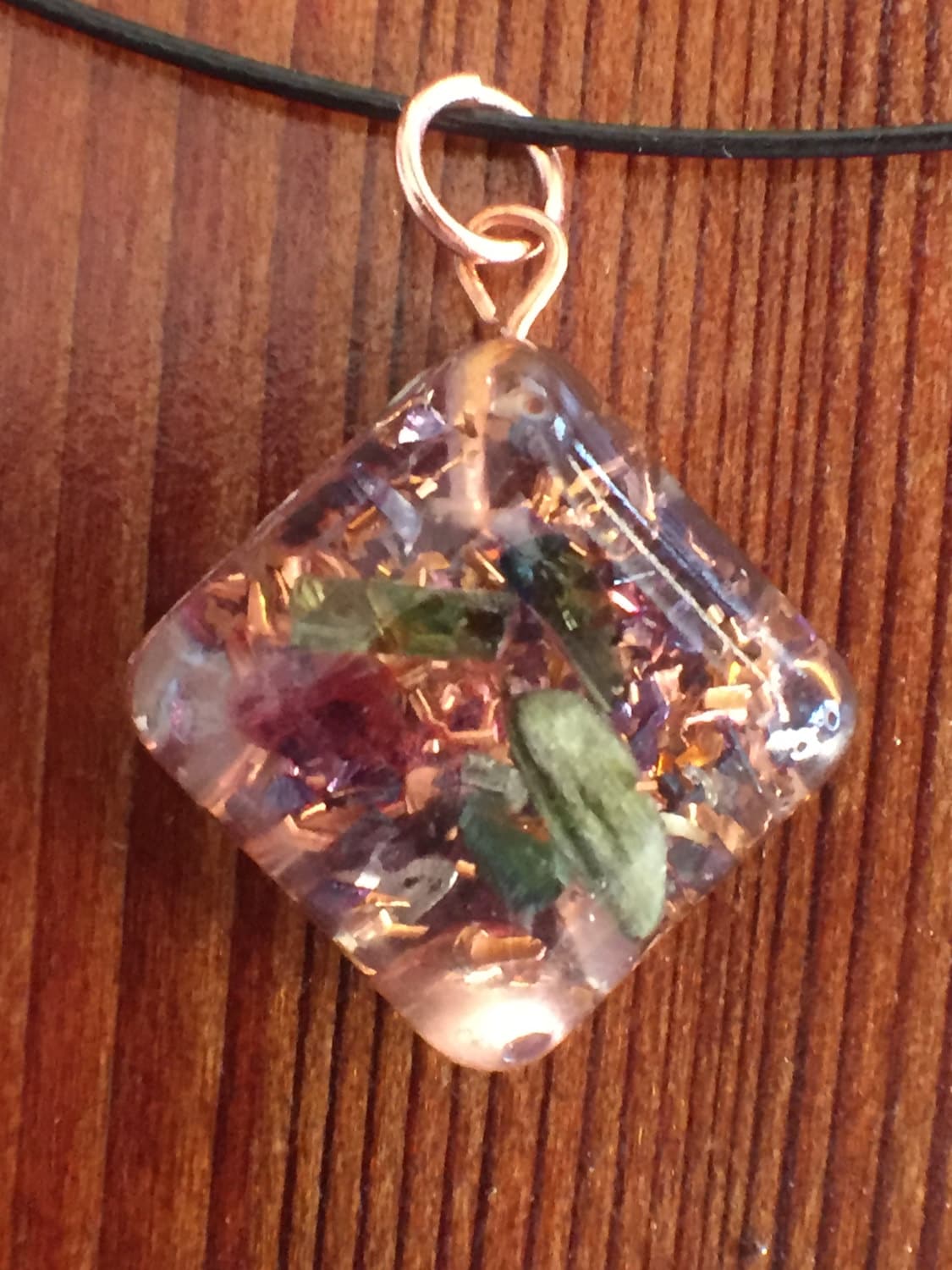 The association of salt with God, holiness and purity is expanded in the New Testament when Jesus mentions salt in his famous sermon on the mount. In Matthew 5:13-14 we see the connection to of salt and light once again. "You are the salt of the earth; but if salt has lost its taste, how can its saltiness be restored? It is no longer good for anything, but is thrown out and trampled under foot...You are the light of the world."

But what does this mean? Crystalized salt (halite) has long been seen as a bridge that transcends mankind's connection from Earth to the heavens. When used as a meditation tool it can greatly enhance clairvoyance and mental clarity and produce an overall feeling of purpose and happiness.

It is associated with the root chakra, another overlooked chakra. It is the base and first chakra but not the lowest. It is the cornerstone of all the other chakras. It keeps us grounded and connected to the frequencies of the Earth which our bodies need to in order to survive.

Salt is an energetic electrical conductor and deficits in energy (also called Chi, Prana, Ki, Bio-Field, Life-Force energy) can be balanced with salt. The healing benefits of salt baths from naturally occurring thermal pools date back to beginning of recorded history. There is truly something innate in our higher sense which is able to recognize the need for exposure to crystalized salt on a regular basis.

More from Water & Salt – the Essence of Life:

From a scientific point of view, salt has a very unique property. In contrast to all other crystalline structures, the atomic structure of salt is not molecular, but electrical. This fact is what makes salt so transformable. When we submerge a quartz crystal into water and remove it after 10 minutes, it is still the same quartz crystal. It did not change molecularly, though it has a crystalline structure. Although the crystal can give its energy, its frequency pattern into the surrounding water, which is effortlessly absorbed, the quartz crystal remains the same. The crystal is too rooted in matter to be dissolved or disassociated from its polarity.  When we submerge a crystal of salt into water, it dissolves, and the (Brine) Sole is created. Sole is neither water nor salt. It is a higher energetic dimension than either the water or the salt alone. When the sole evaporates, the salt is left behind. This transformability of salt ensures that it does not have to be metabolized in our body. 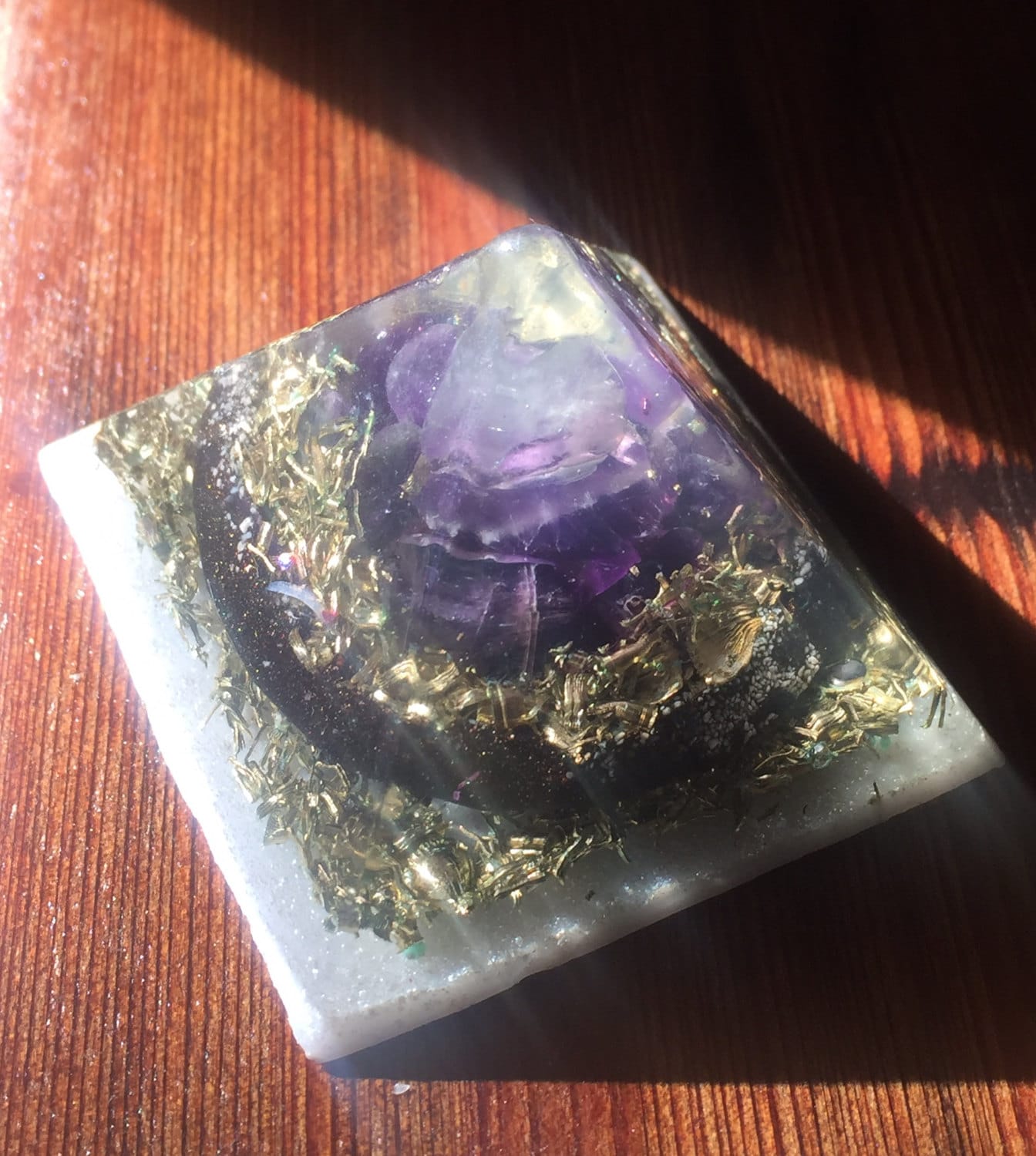 In the book The Body Electric: Electromagnetism and the Foundation of Life by Robert O. Becker and Gary Selden, the existence of a measurable bio-electric field within the body is explained in detail. The pH and vibration of our bodies affects our wellness and ability to heal and repair cells.

This is even more crucial today as we are being exposed to an ever growing variety of environmental pollutants. Wikipedia has this to say:

In the last chapters of the book, Becker recounts his experiences as a member of an expert committee evaluating the physiological hazards of various electromagnetic pollutions. He presents research data which indicate that the deleterious effects are stronger than officially assumed. His contention is that the experts choosing the pollution limits are strongly influenced by the polluting industry.

Please note, this book was published in 1985! Before the invasion of cell phones, smart meters and wi-fi routers into our everyday lives. It is now more critical than ever that we rebalance our bodies and minds as part of a regular cleansing and maintenance routine.

Remember that halite is the building block of our physical bodies. The idea of using halite as treatment for various skin diseases, illnesses and other maladies regained momentum in the mid 1800s. A German medical doctor, Dr. Wilhelm Schüssler proposed that mineral salts were essential for the normal metabolization and health of body tissues. In addition, he suggested that "deficiencies in any of these tissue salts would lead to dysfunction and illness." Dr. Schüssler discovered the ashes left after a human body has been cremated are nothing more that salts that make up our physical composition. In May 1873 year of the American publication The Medical Investigator published and article called "The Twelve Tissue Remedies" by Dr. C. Hering. Dr. Hering proposed using halite as a homeopathic therapy for diseases and disorders of soft tissues.

Our intricate connection with halite cannot be ignored. As science has begun to explore the bio-electrical nature of our bodies and our reliance on salts, is is more important than ever to include Himalayan salt as part of our daily ritual for longevity and wellness.

Halite nurtures the body and the mind. Metaphysically, Himalayan salt is used for protection from evil and negative entities. It is a potent weapon for spiritual warfare and demonic attacks.

I will be exploring the nature of curses, and negative attacks from people and spirits in my next update.

Many people place salt lamps in their sacred space as a barrier against such negative attacks. Sea salts are another great way to cleanse the mind (and body) and a very powerful tool to keep in your personal crystal grid. I use both types of salt in my Orgone Energy Generators.

So what happens when you combine the therapeutic power of halite with Orgone Energy Generators? Nothing short of something truly spectacular. Orgone Energy Generators (Orgonite) are a method of alternating layers or organic with inorganic crystals to create an energy vortex. Crystals and metal (also a form of crystal) are used to attract and repel negative bio-field energies. These can come from natural sources such as toxic people and spiritual attacks, or from unnatural sources such as EMF radiation and environmental pollution. The Orgone Energy Generators convert the negative bio-field (DOR) energy into positive (POR) energy.

The resin that suspends the crystals squeezes them, therefore putting pressure on the crystals which creates an more intense release of the natural healing properties of the crystals. 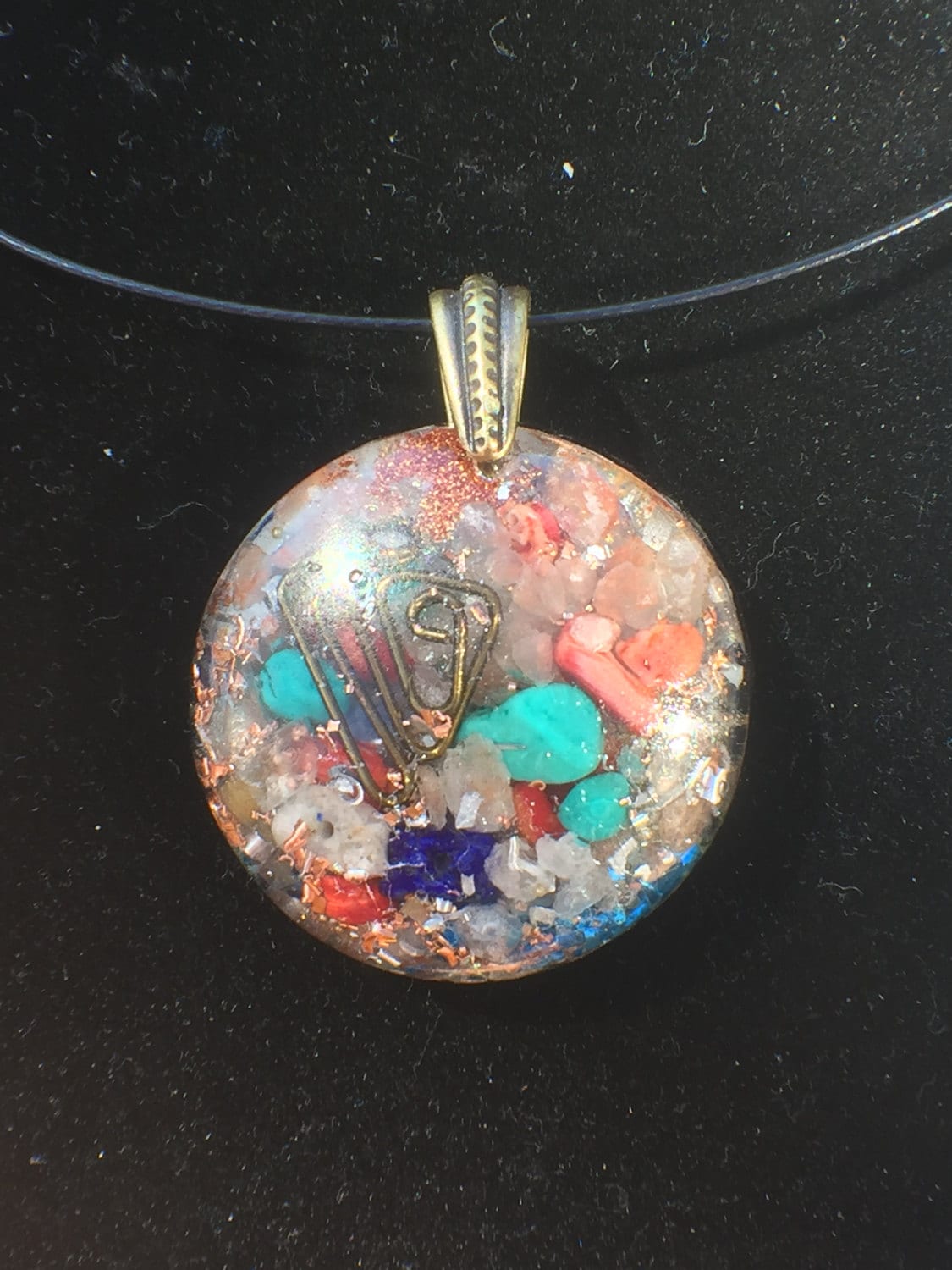 I have found that in my experimentation that by combining quartz with halite the positive effects of the Orgone Energy are amplified and the results are amazing.

https://www.earthwavesorgone.com has a wide variety of Orgone Energy Generators available as pendants, pyramids, dreamcatchers and accessories. Placing Orgonite through out your home and and office is an effective way to stay positive and maintain a higher perspective.

In summary, if you are tired of feeling tired, disconnected and worn down, there is an abundance of inexpensive halite therapies available for home use (I love a good soak in a salt bath at night). Using Himalayan salt lamps for relaxation and stress relief are a beautiful addition to any home or office space and adding Himalayan salt to your diet is an effortless way to incorporate halite into your body.

Orgone Energy Generators can be worn as jewelry or carried around in your pocket. Larger pyramids double as unique home decor, but as you and I both know.... they are so much more than a pretty thing to look at.   You can use Orgonite as part of your daily ritual for meditation and dream work (astral travel and lucid dreaming), to weight loss, improved psychic abilities, or simply as a barrier from harmful EMF radiation. They transcend the lines between the esoteric and scientific. They are both metaphysical and substantiated. They are the salt and the light. Just like you.

For thousands of years salt has been known as a panacea. Alchemists called it “the fifth element” – besides water, earth, air and fire – because its qualities were comparable only to ether, the actual fifth element. Why are we so drawn to the ocean? Because our subconscious mind instinctively wants to return to the specific vibrational state of the ocean from which we once emerged. This is where we can return to recharge our batteries and regenerate. It was only two-hundred-fifty years ago, with the advent of industrialization, that we initiated our disconnection from nature and her ways. Fortunately, we are witnessing a trend to return back to natural, holistic methods for living and caring for our body, including a shift back to utilizing natural salts in this process. People everywhere are reconsidering the healing effects of natural crystal salt. We can find it in skin care lotions and for use as bath salts, and it is even used in inhalation or cleansing treatments for illnesses of the respiratory system and for a variety of other indications.

Be blessed. Be salty. Be pure.